For about one hundred years, society has reaped the benefits of having electricity power their everyday lives. Maintaining the freshness of food, providing access to communication resources, and allowing people to perform daily tasks with efficiency and effectiveness are just a few of the benefits gained from electricity. Even with all of the advantages electricity offers, many don’t even realize their power company exists until the bill arrives, at which point they grimace and wish they had options. What most do not know is they do have options when it comes to choosing an energy supplier. Taking only five to ten minutes to shop around can produce savings as high as 30%. How is this possible? It’s due to energy deregulation, which replaces energy monopolies with a competitive marketplace. Energy deregulation is a wonderful thing for consumers because it finally provides a choice, and consumers save money when competition in the energy industry drives down utility prices.

A major shift in the energy supply landscape happened when, “In the National Energy Policy Act of 1992, Congress initiated a steady transition for the nation’s electricity industry from state regulation of power sales to deregulation and competition for energy supplies” (nwcouncil.org). When the National Energy Policy Act of 1992 was passed, energy monopolies became a thing of the past and the simple act of turning on the lights would be forever changed from that day forward. Consumers would finally have the right to choose an energy supplier and would no longer be stuck with the incumbent provider servicing their area. Due to this, power companies would be forced to offer the lowest prices they could afford and consumers were the winners as they finally had options. 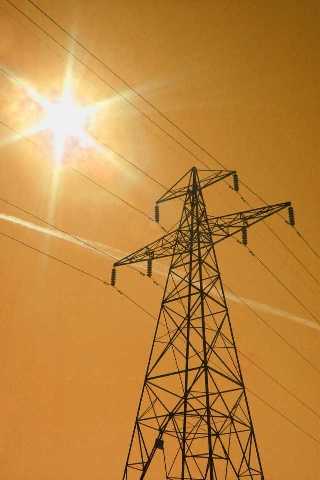 Not everyone was a proponent of competition in the energy domain, namely the companies who benefited from a system which fostered a monopolistic marketplace. Every possible scare tactic was used by the power companies as they scrambled to shift public opinion, and this continued long after the 1992 bill was passed. The cornerstone message these companies stressed was energy investors would no longer risk investment capital to build new power plants to meet growing energy demands. They argued if another company could simply swoop in and sell electric supply to their customers after a new power plant was built, then investors could not recoup their capital. This glosses over the fact they would still be charging customers for power distribution, a separate and equally substantial line item on a power bill. And then the day came when, so it appeared, these utility conglomerates’ predictions came to fruition.

The Beginning of a Crisis

On June 14, 2000, it was an extremely hot day in much of the Southwest United States and Californians experienced their first planned power outage since World War II. “On a day when temperatures in San Francisco reach 103 degrees, a series of localized, rolling blackouts affect 97,000 Pacific, Gas & Electric consumers in the Bay Area” (pbs.org). The California Independent System Operator (ISO), which is tasked with managing the power grid in California, made the decision to implement planned outages. The decision was made to thwart the potential for unplanned and unmanageable outages which would likely occur without drastic intervention. This event was exactly what the power conglomerates needed to make their case against deregulation of the energy industry, but not everything was as it appeared.

In an article released on May 10, 2002, by wsws.org, “Documents released Monday by the Federal Energy Regulation Commission revealed Enron Corporation deliberately created real and imaginary shortages during the 2000-2001 California energy crisis, in order drive up prices and reap vast profits in the state’s newly deregulated energy market.”  Enron would buy massive amounts of electricity on the market at $250 per megawatt-hour and then sell it to California utility companies at a markup of about 5x the purchase price. An email from an Enron staff attorney surfaced in the investigation resulting from the crisis and the company's intentions were made clear. Enron’s strategy was to create chaos in the California energy market and then profit from the turmoil. Adding insult to injury, it was the attorney’s opinion that the worst outcome for the infamous and now-bankrupt company would amount to nothing more than a public relations issue.

After the dust settled from the California energy scandal, it would seem reasonable that arguments against energy deregulation would not be based upon this crisis since it was widely known the catalyst for those events had more to do with price manipulation than natural market forces. But the crisis is still being echoed today by opponents of energy deregulation. It is actually their prime example of how providing consumers a choice is somehow the cause of power grid disasters. In a recent Wall Street Journal article published in November 2016, Dr. Kenneth Rose, an independent consultant, a senior fellow in economics at the Institute of Public Utilities at Michigan State University, and an energy deregulation opponent, uses a two-front attack against deregulation. First, he uses California’s Enron-driven crisis as a false narrative of what will happen if deregulation continues to progress. Then, through creative data analysis, attempts to minimize energy deregulation's benefits.

Dr. Rose explained, “In the mid-1990s, after industries such as airlines were successfully opened to competition, it seemed like it was time for the musty old electric-utility business to get a makeover. By the end of the 1990s, about half of the states either had already passed legislation to open their utilities to competition or were seriously thinking about it—until something went seriously wrong. Beginning in 2000 and continuing into 2001, the restructured power market in California came apart at the seams. An electricity-supply shortage led to blackouts, soaring prices for consumers and the collapse or near-collapse of major investor-owned utilities.” While there is nothing incorrect with Dr. Rose’s description, he conveniently leaves out the fact that the California energy issues at the turn of the millennium were caused in large part from Enron and a few other companies using price manipulation to their benefit.

In order to sell everyone on the idea the benefits of energy deregulation do not exist, Dr. Rose continued twisting numbers to support his points. He admitted, from 2002-2015, consumers in deregulated markets saw a 50% increase in their energy bills compared with 52% for regulated markets. It is fair to point out that consumers don’t always shop around for energy savings like companies do, so the savings in choice states is modest on the consumer side. Dr. Rose expanded on this as he inadvertently highlighted the fact commercial customers in choice states saw an increase of 27% over the same period compared to 50% increases in regulated states. And how did industrial customers fare? It’s more of the same, with the good doctor admitting these customers saw an increase of 30% versus 53% for choice states and regulated states, respectively. So how can a case be made to suggest there are not clear benefits experienced by energy customers as a result of deregulation? This is where Dr. Rose tries to use some statistical voodoo.

How to Lie with Statistics 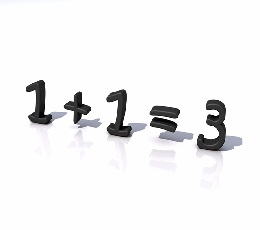 In an effort to divert attention from what seemed to be the best points ever argued in favor of deregulation of the energy industry, he attempted to focus only on the years where the savings comparisons would favor his argument. He continued, “However, time frame matters. From 2002 to 2008, commercial and industrial customers in choice states saw rate increases of 43% and 60%, respectively, due mostly to trends in the price of natural gas, while customers in regulated states saw increases that were 9 and 19 percentage points below that.” Nothing is mentioned in his opinion piece as to why data from 2002-2008 is more significant than the data collected from other years. Choosing to cast aside data which counter his claims inflicts a major blow to the credibility of his overall argument.  He is correct about one thing, though, and that is, “time frame matters.” Significant cost benefits from having a choice scream loud and clear when all data is considered.

It is a rare scenario where having options can be a negative unless it is from the perspective of a utility company in a deregulated, choice state. When consumers are afforded the right to choose their goods and services, the natural market forces created from this environment push companies to be the best versions of themselves. This is in contrast to the world where companies complacently service customers without any motivation to offer lower prices and better service. Companies definitely prefer the latter over the former and are willing to pay anyone with a doctorate degree on their wall to sway public opinion. But even with all of the scare tactics and false rhetoric, consumers aren’t buying it. Energy deregulation will continue to be the most exciting transitional period since the Internet, and with 28 states, the District of Columbia, and more states moving in the direction of allowing choice (competitiveenergy.org), there are only better days to come. You now have the power to choose, so don’t be afraid to use it.

Rose, Kenneth Dr. Is It Time to Deregulate All Electric Utilities? NO: The Evidence So Far Shows Little Benefit to Customers. www.wsj.com/articles/is-it-time-to-deregulate-all-electric-utilities-1479092461. 13 Nov 2016. Accessed 16 Apr 2017.

1 thought on “When the Lights Went Out in California”